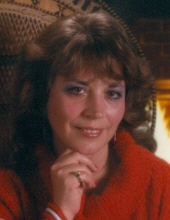 Patty Kay Elsbury, 75, of Mason City, died Monday June 12, 2017 at Mercy Medical Center North Iowa. A Celebration of Life gathering will begin at 1:00 PM Saturday, June 17, 2017 at Praise Community Church, 11 2nd Street NW led by Pastor Jeff Dahlin. The family will continue to greet friends until 3:00 PM. Per Patty’s request, her body will be cremated with inurnment to take place at a later date. Memorials may be directed to Praise Community Church.

Patty was born March 17, 1942 in Mason City the daughter of Lester Lee and Flossie Irene (Caldwell) Wilson. She graduated from Mason City High School in 1960. Later that summer, she married Don Elsbury on August 6, 1960 in Mason City. The Elsbury’s moved to Seattle, Washington in 1967 where Patty worked as a legal assistant in medical records for Valley Medical Center in Seattle. Patty and Don returned to Mason City in 2000 where she worked part-time at Pies & More along with teaching Zumba classes. The Elsbury’s wintered in Yuma, Arizona from 1997 through 2015. Patty enjoyed working alongside Don helping him with a number of various projects. Some of her interests included flowers, birds, home improvement and playing the piano. Patty had a strong faith and attended Praise Community Church.

Patty was preceded in death by her parents, 4 brothers, Teddy in infancy, Leland, G Gaylen and Bobby G and 2 sisters, Gwendolyn and Claudine.

To send flowers to the family in memory of Patty Kay Elsbury, please visit our flower store.