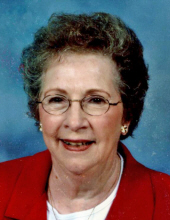 Patricia A. Portwood, 91, of Mason City, passed away Friday, February 15, 2019, surrounded by her family, at MercyOne Medical Center in Des Moines.

Visitation will be held from 5 to 7 P.M., Wednesday, February 20th at Major Erickson Funeral Home, 111 N. Pennsylvania Ave., in Mason City with a Scriptural wake service at 4:30 P.M.

Memorials may be directed to the family.

Patricia “Patsy” Ann Portwood, the daughter of Richard and Kathryn (Whalen) Cummings, was born June 22, 1927 at Cresco, Iowa. She graduated from New Hampton High School in 1945 and moved to Mason City in 1947. Patsy was united in marriage to Philip Portwood on July 9, 1947 at New Hampton. They lived in Mason City where they raised their family. Patsy was employed in the cafeteria at Mason City Community Schools and was a pharmacy technician at Drug Town in Mason City until her retirement in 1997. She enjoyed spending time with her family and friends. Patsy will be remembered as a friend to all and a stranger to none.

She was a member of St. Joseph Catholic Church, Mason City VFW Auxiliary and “Solos and Singles” group.

She was preceded in death by her parents; husband, Philip in 1995; and son-in-law, Andrew Harris.

To send flowers to the family in memory of Patricia "Patsy" A. Portwood, please visit our flower store.