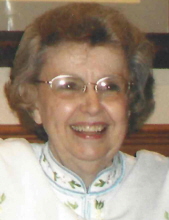 Patricia was born on May 14, 1932 to Thomas and Loraine Juliet (Meyer) Thoreson in Hoffman, Minnesota. She lived in various places throughout her lifetime, including Mason City, where she resided from 1993-2014.

During her time in Mason City, Patricia worked as an office manager at Trinity Lutheran Church from 1993-1997, served on Trinity Lutheran board of buildings and grounds, and she was the manager of the Mason City Music Boosters. Pat was the volunteer band music librarian, uniform czar and "band grandma" at Mason City High School. She was a member of the board of directors and KCMR radio station in Mason City.

Patricia is preceded in death by her parents, and sister, Margaret Rosenqvist.

To send flowers to the family in memory of Patricia "Pat" Ann Kirkland, please visit our flower store.