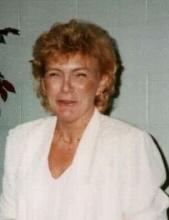 Services will be private.

The service will be live streamed on the Major Erickson Funeral Home YouTube page at 10:30 a.m. on Saturday, March 6, 2021.

Inurnment will be held in Memorial Park Cemetery.

Memorials may be directed to the family of Pamela Trygstad.

The family will also host a Celebration of Life on June 19, 2021, at the Shipman Family Farm.

Pamela Sue Shipman was born March 7, 1956, to Barb and David Shipman in Mason City, Iowa. Pam attended school in Rockford, Iowa graduating with the class of 1974.

In 1973, Pam was united in marriage with Joe Trygstad to their union Jody, Patrick and Joshua were born. In 1991, Pam with her life partner David Lievrouw, welcomed a daughter Samantha into the family.
Pam spent a large part of her career at a local hatchery. She also worked at the Mercy Medical Center where she developed lifelong friendships. Pam also enjoyed working part time as a receptionist at H&R Block for several years. Pam enjoyed her work and was known as a hard, strong worker. She put full effort into her work life. Due to the diagnosis of Alpha – 1 and subsequent issues with her health, Pam was unable to work on a full-time basis after 2014.

Pam’s greatest blessing in life were her children and grandchildren. Being a mom and grandma was so natural for her and she loved fiercely. Her face lit up when speaking about her family and she always had photos on her phone to share. She loved family gatherings and always wanted to be on the floor with the kids and the dogs. Pam loved animals. Through the years she adopted, raised and enjoyed a plethora of pets of various species. She was unfailingly generous to everyone in her life, including her animals.
Pam felt so blessed to be able to receive a bilateral lung transplant late in 2016. The transplant did allow her to do spend quality time with her grandchildren and family. The recovery also gave her a chance to reconnect to her adult children and connect with daughters-in-law as she spent extended periods of time with each of them.
Pam also enjoyed spending as much time as she could gardening. Together her and David always had a bountiful vegetable garden. Pam loved to can vegetables from her garden and looked forward to the spring each year when she could get outside and work in the dirt. Pam also was incredibly talented with flowers and loved sharing them in bloom.

Pam did not believe in junk – nothing was junk to her! It was also how she lived her life, always in a positive manner. She saw the potential in things and people. She often turned garbage into beautiful items to share in her flower garden or to gift to friends and family. Pam also enjoyed sewing and woodworking. Her family often joked with her as she had a bit of a hard time finishing projects because she always had started a new project in her creative mind.

Her family will miss her dearly but will share her memories so that she will always live on in our hearts and through her grandchildren.

Preceded in death by her parents Barb and David Shipman.

To send flowers to the family in memory of Pamela Sue Trygstad, please visit our flower store.