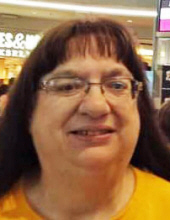 Memorials may be directed to the University of Iowa Stead Family Children’s Hospital Fund.

Pamela Jan Huling, the daughter of Maynard and Darlene (Anderson) Prashak, was born June 19, 1955 in Oskaloosa, Iowa. She graduated from Cedar Falls High School in 1973. On March 11, 1978 she was united in marriage to Dennis Huling in Cedar Falls. They lived in Clear Lake, Forest City and in 2015 moved to Mason City to be closer to family. Pam was employed at K-Way in Forest City, Smidley Manufacturing in Britt and for 21 years at Winnebago Industries in Forest City until her retirement. She was a big NASCAR fan and an avid Iowa Hawkeye fan. Pam loved spending time with her family and especially her grandkids.

She was a member of the United Methodist Church in Forest City.

She was preceded in death by her father, Maynard; grandparents; and an aunt, Doris Harlan.

To send flowers to the family in memory of Pamela J. Huling, please visit our flower store.