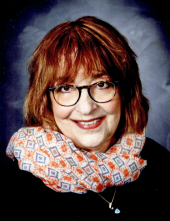 Nicola "Nicki" Lynn Bleakney, 73, of Mason City, passed away surrounded by her family on Friday, July 31, 2020, at MercyOne North Iowa Hospice in Mason City after a 12-year battle with Lymphoma.

A family graveside service will be held 10:30 A.M., Saturday, August 8, 2020 at Our Silent City Cemetery in Kellogg, Iowa with Reverend Chad Jennings officiating. Those attending will be required to wear a mask and follow social distancing guidelines.

In lieu of flowers, memorial donations may be directed to MercyOne North Iowa Hospice or to the Mayo Cancer Research Center.

Nicki was born on March 22, 1947, to Ronald Gene and Minnie Jo (Muilenburg) McClelland in Newton, IA, and spent most of her childhood on her grandparents’ farm, raised in the lessons of homemaking by her first-generation Dutch immigrant grandmother, Helen. These were formative years and would shape Nicki’s lifelong passion for creating a welcoming and loving home for her family, friends and guests. By the time she was a senior at Newton High School, Nicki had decided on a career in home economics and, having been recognized for her aptitude as the 1965 Betty Crocker Homemaker of Tomorrow, enrolled at Iowa State University (ISU). There she joined a former Newton High jock whom she’d started dating a year earlier, John Bleakney, after he’d offered her a ride home following a football game. Two years later, John and Nicki were married, Nicki a sophomore and John soon to ship out to Vietnam as an Army officer. Upon graduating from ISU, Nicki held two posts teaching home economics, one at Newton High School (while John was serving in Vietnam) and the other at Nora Springs High School (moving to central Iowa when John began his banking career there). After parlaying her teaching job into a position with North Iowa Area Community College delivering community education opportunities - and bringing into the world two boys, Matt (1971) and Adam (1975) - Nicki shifted into Human Resources, a field that she would stay in for the remainder of her professional career, working for Kraft Foods, Rockwell Collins and First Citizens National Bank, as well starting her own private consulting business through whom she worked with a number of companies. Nicki retired in 2011 to a long to-do list of hobbies awaiting her attention.

Featured among those hobbies were reading and the arts, activities that always were done with freshly brewed, dark-roast coffee in hand. Nicki was a voracious reader, often consuming four books at a time, in many cases to keep up with the three to four book clubs in which she belonged. Her love of books were passed along to her sons at a very young age, whom she told after their antiquated family television broke for the final time, “Good riddance to that. There is a lot more excitement between the covers of a book than in a grainy, pixelated tube,” and determined they would grow up on books alone.

In addition to reading, Nicki loved creating art with thread and needle, fabrics and patterns. Her house was decorated with the hundreds of needlework, rughooking and quilting projects she completed (and every nook and cranny filled with materials for future projects). She enjoyed very few things more than her weekend and weeklong retreats to quilt and rughook with her friends or working on joint projects with her sisters Ann and Ronna.

Nicki’s legacy is the way in which she lived her life, serving selflessly and seeing the fundamental good in all human beings, coupled with an unwavering belief in the power of positive attitude to create our life experiences as we seek them to be. Sitting on a mantle shelf overlooking her kitchen is a framed needlework project, picturing a bucolic setting with two farmhouses and large oak trees, a kite flies overhead, with the staggered words stitched underneath reading, “Oh what a beautiful day!” And so each day was for Nicki.

Nicki will forever be in the hearts of her husband of 53 years, John; sons, Matt Bleakney of Manly, IA, and Adam (Laura) Bleakney of Champaign, IL; sister, Ann (Curt) Haakinson of Vermillion, SD; and grandchildren Ryan Bleakney, Carter Bleakney and Graham Bleakney. Nicki was preceded in death by her parents, R. Gene and Minnie Jo McCelland and her sister, Ronna Denato.

To send flowers to the family in memory of Nicola "Nicki" L. Bleakney, please visit our flower store.