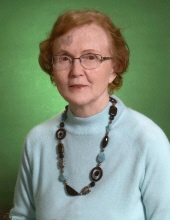 Nancy B. Fairbanks, 100, of Mason City passed away on Saturday, February 29, 2020, At the Good Shepherd Health Center.

Nancy Eleanor Bowen Fairbanks was born on October 29, 1919, in Mason City to parents Lawrence and Frances (Hoare) Bowen. Nancy graduated from Mason City High School in 1937, she then went to Mason City Junior College graduating in 1939. After graduating college Nancy went to work for Pacific Gas and Electric from 1939 to 1945. On July 28, 1942, she was united in marriage to Lloyd Fairbanks in Mason City. After Lloyd returned from the service, he and Nancy pursued a farming career and they lived and worked on the farm until the early 1980’s. During their farming career Nancy and Lloyd opened their home to visitors from other countries giving them an opportunity to learn about different farming techniques. The two eventually moved back into town all while Nancy was working for the school district as a payroll clerk, doing so for 21 years retiring in 1984.

Nancy was heavily involved in her church and her community, volunteering her time on various boards and assisting with an array of events. She enjoyed baking, spending time with family and friends, throwing work Christmas parties at the house, helping the kids with their 4H projects and she had a love for animals.

To send flowers to the family in memory of Nancy B. Fairbanks, please visit our flower store.