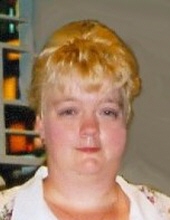 Nancy Ann Nuehring, 52, of Mason City, died Thursday, October 26, 2017 at her residence. Memorial services will be held at 11 AM Friday, November 3, 2017 at the St. James Lutheran Church with Pastor Dennis Niezwaag officiating. Visitation will be held one hour prior to service time at the church. Inurnment will follow in the Memorial Park Cemetery.

Nancy was born November 29, 1964 the daughter of Richard and Dorothy (Dahle) Nuehring in Mason City, Iowa. She graduated from Mason City High School with the class of 1983. Nancy has been a Pharmacy Tech for many years at Shopko and currently at HyVee East.

Nancy spent her relaxing time doing ceramics. She would often find her way to the casino for a time of fun and excitement. Nancy was a member of St. James Lutheran Church.

Ms. Nuehring was preceded in death by her father, Richard; grandparents, Lloyd and Marie Dahle and Rudolph and Lareta Nuehring.

To send flowers to the family in memory of Nancy Ann Nuehring, please visit our flower store.