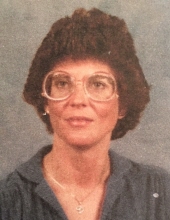 Miriam A. Eden, 68, of Mason City, IA, died Saturday, January 13, 2018, at the Muse Norris Hospice Inpatient Unit. Memorial services will be held at 10:30 AM on Friday, January 19, 2018, at Major Erickson Funeral Home, 111 N. Pennsylvania Avenue, with Pastor Grant Woodley of the First Lutheran Church in Clarion, IA officiating. There will be a gathering of family and friends one hour prior to the service. Inurnment will take place in Memorial Park Cemetery. Memorials may be directed to the family of Miriam Eden.

Miriam Aileen (Eastman) Eden was born June 19, 1949 in Mason City, Iowa. Daughter of Donald S. and Myra Aileen (York) Eastman. She attended Clear Lake schools and graduated in 1967. After graduation, Miriam worked at Community State Bank and as a dental assistant for Dr. Joslyn. Later she worked for Federal Land Bank in Mason City about 15 years.

Miriam married Larry A. Weide 12-20-1969 and then divorced in 1980. She married James Eden 7-2-1983 at United Methodist Church in Clear Lake until his passing on 2-10-2012. Over the years Miriam was an active business owner in the community and may be best remembered for her needlework shop where she owned and operated “the Needle Works” in Mason City 1980 to 1989. Miriam also earned several Blue Ribbons at the Iowa State Fair. Together, Jim and Miriam owned and operated Wild Fire Collision Specialists beginning 1988 and later Miriam’s Family Restaurant in Mason City and Garner. Most recently, Jim and Miriam managed apartment buildings and traveled to Colorado and California to manage senior living facilities until returning home to Mason City in 2011. Miriam deeply loved and missed Jim and soon illness overtook her after his passing in 2012.

To send flowers to the family in memory of Miriam A. Eden, please visit our flower store.