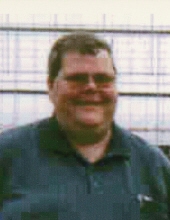 Michael Harvey Johnston, 50, of Mason City, died on Friday, August 14, 2020, at the MercyOne North Iowa Medical Center. Funeral services will be private. Inurnment will be held in Memorial Park Cemetery.

Michael Johnston was born in Mason City on March 18, 1970, to parents Thomas and Sally (Sanborn) Johnston. Michael attended Mason City High School. Michael enjoyed spending time with family and friends, he enjoyed cooking for his family and watching Nascar with his brother and father.

He was preceded in death by his father: Thomas Johnston; grandparents: Keith and Hazel Sanborn, Harold and Virginia Johnston; aunts uncles and cousins.

To send flowers to the family in memory of Michael Johnston, please visit our flower store.