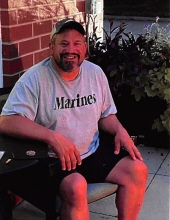 Michael F. Fox, Jr, 44 of Kensett passed away on Friday, October 22nd, 2021, at MercyOne Hospital due to injuries sustained in an automobile accident. Michael was able to give the gift of life through organ donation following his death.

Per Michael’s wishes, he has been cremated.

Michael Francis Fox, Jr was born on February 5th, 1977, to Mike and Jeannette Fox in Fort Lauderdale, FL., becoming a younger brother to his sister, Toni. Two years later, Michael gained a younger sibling, Jeanine. Michael attended school in Florida until the age of 5 when his father brought Michael, along with his sisters, Toni and Jeanine to his grandparents’ home in Iowa. While in Iowa, Michael attended school in Clear Lake and then Mason City until his graduation from Mason City High School in 1996. During these years, Michael enjoyed riding his bicycle, swimming, lifting weights, wrestling, football as well as spending time with friends and family. Michael qualified for state during his high school years for swimming. Coach Hugo was very influential to Michael. Following high school, Michael worked and lived on his own with roommates in the Mason City area. He continued to enjoy riding his bike as well as hunting and fishing.

Michael was a hard worker. He had been employed by Crescent Park in Mason City for several years. Following his employment with Crescent Park, he attended NIACC. Michael received a degree in Building Trades. He enjoyed working as a carpenter, completing many jobs for Meints Construction, Henkel Construction & finally, Dean Snyder Construction. Michael took pride in his work. He loved to point out the things he helped build or projects he had worked on when visiting different towns; Behavior Health at MercyOne, the walking bridge in Nora Springs, the gym in St. Ansgar, the concession stand in Rockford, and the bridge in Rockford, just to name a few.

Michael was united in marriage to Justyn (Demaray) Heard on July 14th, 2001. Through this union, three children were born, Olivia (19), Emma (17) & Cara (14). Prior to their marriage, their daughter Daisy Carol Ann was born (11.22.2000 – 01.11.2001). Following their marriage, Michael was in a relationship with Dana Connelly to which Mea (10) was born. Prior to his death, Michael and significant other Bridget Lorenz lived in Kensett where they were raising their daughter Isabella (7) and (Michael’s stepdaughter) Brianna (13). They made many lasting memories with all the girls, going camping, celebrating holidays, celebrating birthdays at hotels, going on vacations and having get togethers with family and friends, listening to music, playing games, and dancing.

To send flowers to the family in memory of Michael Francis Fox Jr., please visit our flower store.