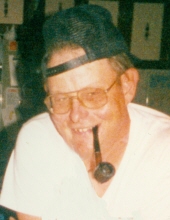 Michael Duane Fatland, age 70, of Mason City, IA, died Friday, December 1, 2017, at Mercy Medical Center – North Iowa, with his family by his side. Memorial services will be held at 11:00 AM on Saturday, December 9, 2017, at the Galilean Lutheran Church, 4454 255th Street – Clear Lake, IA, with Pastor Scot McCluskey officiating. Military honors will be conducted by the Mason City Veterans Association and the Patriot Guard Riders. There will be a gathering of family and friends from 5:00 PM – 7:00 PM on Friday, December 8, 2017, at Major Erickson Funeral Home, 111 N. Pennsylvania Avenue – Mason City, and continue one hour prior at the church. Inurnment will take place at the Black Hills National Cemetery in Sturgis, SD at a later date. Memorials may be directed to the Michael Fatland memorial fund in care of the family.

On November 4, 1947, Micheal Fatland was born to Maxine and Harry Fatland. During his school years he attended Rockwell - Swaledale school system. During his high school years he was an exceptional student; he also played golf and bowling. Mike graduated high school in 1966. His senior year in high school was a special year as he met the love of his life, Deborah Sue Parks. They were married June 8, 1968, and they were getting close to celebrating 50 years together. In this union they had two kids (Merrilee and Cole Fatland) and one grandchild (Stephanie Fatland).

In May of 1968, he graduated from North Iowa Area Community College earning an Associate Degree in teaching. Soon after, Michael would attend Northern State University, in South Dakota, to continue on with his education.

Before disembarking on new adventures in the United States Navy, Michael worked for the Mason City Post Office. In 1971, Michael enlisted into the Navy. Upon completion of boot camp Michael’s first ship was placed off the coast of Vietnam. It was during this timeframe that he won the Battle E ribbon among numerous other awards that he would receive in his outstanding career. Overall, Michael Duane Fatland spent twenty years on active duty. During his last five years he was an instructor at Naval Training Center in San Diego, California. In total, Michael Duane Fatland spent thirty years in the United States Navy, twenty years active and ten years reserve.

After retiring from the United States Navy, he and his family would move back to Mason City, Iowa. His first job after serving in the United States Navy, Mike was working for the city of Clear Lake as a meter reader and ground maintenance. He worked at Target for eight years upon retiring from there as well. He finished out his working career at Kraft.
During his free time, Michael liked collecting trains. He belonged to the National Rifle Association, golf and bowling.

He was truly loved by friends, his friends in the Navy, classmates, church members and most importantly his family.

Micheal Duane Fatland is survived by the love of his life: Deborah; daughter: Merrilee; son: Cole his wife Robin, and his grandchild: Stephanie.

He is preceded in death by his two parents- Harry and Maxine Fatland.

To send flowers to the family in memory of Michael Duane Fatland, please visit our flower store.