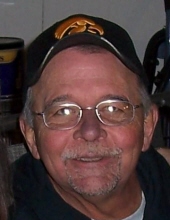 Michael A. Lyman, 70, of Mason City, passed away, Saturday, January 15, 2022 at MercyOne Medical Center North Iowa. In accordance with Michael’s wishes there will be no services.

Michael was born August 25, 1951 the son of Jack and Patricia (Sisco) Lyman in Des Moines, Iowa. He attended school in Charles City and graduated from Charles City High School in the class of 1969.

Over the years Michael was a DJ for several different radio stations. He loved being on the air in the studio but was even more excited about broadcasting the local sporting events from around the area. Mike enjoyed being outdoors whether he was maintaining the greens and fairways or golfing them. He was a member of the Senile Seniors League at Buffalo Run in Nora Springs for several years. Mike also enjoyed bowling and playing in a dart league. He was an avid Iowa Hawkeye fan no matter what sport was on.

Michael was preceded in death by his parents.

To send flowers to the family in memory of Michael A. Lyman, please visit our flower store.