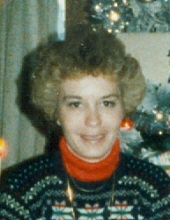 Services are pending and will be announced at a later date.

Merry was born November 8, 1943, the daughter of Russel and Helen (Krook) Hills in Hinckley, MN. She grew up spending her summers on Grindstone Lake in Minnesota. In high school, Merry participated in synchronized swimming. Merry graduated from Davenport Central in the class of 1961.

On April 20, 1962 Merry was united in marriage to David Kenyon in Davenport. To this union Tim was born.

She was an avid runner from her late 30s to her early 50s. She enjoyed attending family gatherings with extended family. She enjoyed getting together with friends to visit and play cards. She read books at a prolific rate during much of her life. Country and pop music were favorite genres. Favorite entertainers included Glen Campbell, Johnny Cash, Anne Murray, Helen Reddy and Barry Manilow.

She followed politics as a loyal Republican. She worked as a homemaker, secretary, waitress, and hostess at various times. She graduated from NIACC with an Associate’s degree with the highest of honors in 1983. She was inducted into the Phi Theta Kappa Society International Scholastic Order. She later returned to NIACC and earned a medical assistant’s degree in 1995.

To send flowers to the family in memory of Merry J. Kenyon, please visit our flower store.