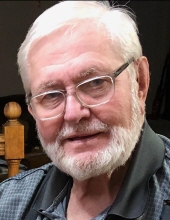 Merlin Rae Schaefer of Mason City, IA passed away quietly at Good Shepherd Health Center on October 27, 2022. A private celebration of life is being held for family and close friends of Merlin Rae Schaefer on Wednesday, November 2nd. In lieu of flowers, the family welcomes contributions to Merlin’s favorite charities; Hawkeye Harvest Food Bank, The Women’s Shelters of Mason City Iowa, or a charity of your choice.

Born in Rockwell Iowa, to August and Alene Schaefer (Lillibridge) on the 13th of May 1942. Merlin was raised with his four brothers: Carol, Dale, Larry, Allan and sister Sandra. As a boy he attended to his Grandfather Ray Lillibridge, who had Multiple Sclerosis, and his Grandmother Grace Johanna (Riekena). At the age of nine and ten, he was known to drive vehicles between the two-family farms, a feat unusual even in that time and place. In his teen years he was active in a wide range of school and church activities, with a love of music, proving to be lifelong. Upon graduating from Rockwell-Swaledale High School in 1960, he attended Mason City Junior College (currently: NIACC) and later graduated from the University of Iowa with a bachelor’s degree in Social Work.

It was while in Iowa City he was introduced to Victoria Anderson (Driscoll) and her sons Connor and Ian Anderson. He married her and adopted the two boys, offering them a patient, kind and devoted father-figure, where before there had been none. Though the marriage to Victoria ended in 1979, his love of, and influence over these two boys would remain constant through the rest of his life.

Merlin worked as a social worker in North Iowa, bringing comfort and aid to many in need. In 1980, while doing some handy-man work for a single-mother nurse in Manly, he met the love of his life. He and Donna Roberts would be married in 1984, at St. James Lutheran Church in Mason City. They would spend the next 38 years fixing up two homes, caring for three Boston Terriers (all named Polly) as well as a parade of grandchildren.

One of their most treasured activities was building and caring for their backyard bird garden, where many hours were spent in the company of friends and family, watching the gorgeous array of birds, and the comings and goings of various critters. Merlin took pleasure in traveling, watching the Iowa Hawkeyes, working with his hands refinishing and repurposing old furniture and household items, while tinkering with numerous second-hand cars.

He was preceded in death by his father August, mother Alene, brother Allan, and sister-in-law Klar Schaefer.

To send flowers to the family in memory of Merlin R. Schaefer, please visit our flower store.