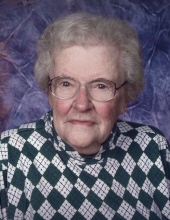 Maxine Anna Louise Rose, 93, of Mason City, passed away on Thursday, November 26, 2020 at home surrounded by her family.

Maxine was born on November 21, 1927 in Mason City to Max and Henrietta (Kannenberg) Rohde. She graduated from Mason City High School in 1945 and attended Hamilton Business College. She married Bernard (Barney) Rose on December 10, 1947 at St. James Lutheran Church. They lived all their married life in Mason City where they raised their three children, Fred, Jim, and Kathy. Throughout her career, Maxine worked as a secretary at the Cerro Gordo County Courthouse, Roosevelt Elementary School, the Mason City Education Association, and finally at North Iowa Area Community College, until her retirement in 1997.

When she was younger Maxine loved to bowl and was active in Mixed League and co-organizer of Junior League at Lee’s Lanes and enjoyed spending summers with her family at Dodge’s Point Beach (Buzzard’s Bay) in Clear Lake. In her later years she loved gardening, cooking and baking, making holiday candy, her grand- and great-grand dogs, and playing cards with her widow friends. Throughout her life she was an active member at St. James Lutheran Church, where she was involved with many activities including church council, altar guild, crafts, caroling, circles, and bible study.

To send flowers to the family in memory of Maxine A. Rose, please visit our flower store.