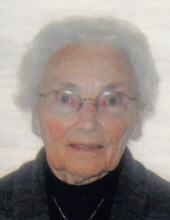 MaryLou Stephenson was born on November 15, 1927, in Waterloo Iowa, the daughter of Selmer and Florence (Thune) Moe. She grew up in Leroy, Minnesota and graduated from Leroy Public School. MaryLou worked at a local café after High School until she met and married Leland Stephenson on January 15, 1947, at the Presbyterian Church in Leroy, Minnesota. As a young couple Leland and MaryLou did lots of traveling and followed his work with creameries around Iowa to North English, Clear Lake, and eventually Mason City. Here in Mason City, Leland and MaryLou joined the First United Methodist Church. MaryLou was a dedicated mother and homemaker to her two children Susan and Donald. She was very involved with the schools, community, and church activities in support of her children. MaryLou was also a member of the United Methodist Women and joined with circle meetings. She was known as an excellent seamstress and housekeeper.

Along with her sister, she conducted genealogical research, where they discovered their father owned the very first battery shop in Waterloo, Iowa. They further researched, tracing family roots back to William Bradford, one of the original immigrants on the Mayflower.

When Leland started Lee’s Campers (1967), MaryLou was active in the business, and through the company enjoyed many trips, making lots of friends across the county and abroad. Along with fishing MaryLou enjoyed word puzzles, sudoku, and gathering with extended family or friends from near or far.

To send flowers to the family in memory of MaryLou Stephenson, please visit our flower store.