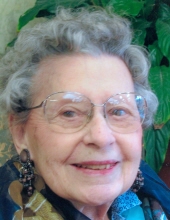 Mary Margaret Fischbeck, 98, of Mason City, died Tuesday, October 31, 2017 at the Muse Norris Hospice Inpatient Unit. Memorial services will be held at a later date. Inurnment will take place in Elmwood-St. Joseph Cemetery at a later date as well. There will be no visitation. Memorials may be directed to Hospice of North Iowa, First Presbyterian Church or donor’s choice.

Mary Margaret Fischbeck was born in Charleston, Illinois on June 15, 1919, to Frank and Gertrude (Fagan) Lee. She was raised there until 1935 when the family moved to Iowa City, Iowa. Mary graduated from City High and attended the University of Iowa. There, she met Donald Weiss of Denison, Iowa, and they were married in California while he was in flight school in the U.S. Army Air Corps, in 1942. Don was killed over Normandy in June, 1944. Mary was married to Arthur Fischbeck of Mason City in 1947. They settled in Mason City where Art was an insurance agent and she was a homemaker raising their three children and volunteering in the community.

Mary was an active member of P.E.O., Mason City Women’s Club, MacNider Art Museum, YWCA, and the First Presbyterian Church. Mary expanded her knowledge and experiences throughout her life by enjoying reading, gourmet cooking, golfing, playing bridge, and traveling. She also loved collecting antiques. A budding artist and a natural clown, Mary took her outgoing personality and sense of humor into her every endeavor.

She leaves, to cherish her memory, daughter, Sue Ann (Tom) Reisdorph, of Franklin, North Carolina; 2 sons, William (Marilee) Fischbeck, of El Cajon, California and John (Donna) Fischbeck of Mason City; seven grandchildren; 14 great-grandchildren; sister-in-law, Beth Brown of Cedar Rapids; 8 nephews and nieces and their families and some very special friends in this community and beyond.

She was preceded in death, by her husbands, Don Weiss and Art Fischbeck and daughter-in-law, Rhonda Fischbeck.

To send flowers to the family in memory of Mary Margaret Fischbeck, please visit our flower store.