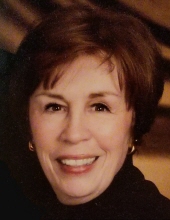 Mary Louise (Holder) Napoletano, 72, of Mason City, Iowa, died after a brief encounter with stage IV pancreatic cancer, June 24, 2019, at The MercyOne Hospice Inpatient Unit. A celebration of life gathering will be held from 4:00 PM to 7:00 PM on Friday, June 28, 2019, at Major Erickson Funeral Home, 111 N Pennsylvania Avenue. A private inurnment will take place in Elmwood-St. Joseph Cemetery with Pastor Kathy Graves of Trinity Lutheran Church officiating. Memorials may be directed to MercyOne Hospice of North Iowa or the Trinity Lutheran Church “Trinity at 150 Capital Campaign” for generations to come.

Mary was born April 25, 1947, in Mason City, the daughter of Robert Edward Holder and Ruby Alma (Payne) Holder. She graduated from Mason City High School in 1965, and continued her education at the American Institute of Business in Des Moines, where she earned a diploma. On April 13, 1974, Mary was united in marriage to Mark Napoletano at Trinity Lutheran Church. Mary worked for both the University of Iowa and the University of Minnesota, and for Piper, Jaffray and Hopwood in Minneapolis as a receptionist-secretary. She was responsible for catering and convention sales at the Mayflower Hotel in Washington, DC. She worked at Mutual Federal Savings and Loan Association, JCPenney’s and Special Occasions Bridal Shop in Mason City. She retired from Ohly Law in Rochester, Minnesota, in 2012. Mary enjoyed spending time outside, walks with her dog “Gabby” and weekends in Lake City, MN. She especially enjoyed time with her family and treasured friends. Mary was a longtime member of Trinity Lutheran Church where she served on the Adult Ministries Cabinet. She was also a member of Questers Chautauqua Circuit #889, Sorosis Study Club and a non-denominational Bible study club. She lived until she died.

She was preceded in death by her husband and parents.

To send flowers to the family in memory of Mary Louise Napoletano, please visit our flower store.