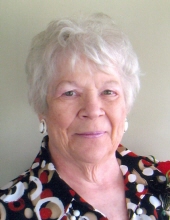 Mary C. Starks, 87, of Mason City, IA, died Sunday, December 31, 2017, at the Good Shepherd Health Center. Funeral services will be held at 10:30 AM on Saturday, January 6, 2018, at Major Erickson Funeral Home, 111 N. Pennsylvania Avenue, with Rev. Paul Collier of the First Presbyterian Church officiating. Interment will take place in Memorial Park Cemetery. Visitation will be from 5:00 PM - 7:00 PM on Friday, January 5, 2018, at Major Erickson Funeral Home. In lieu of flowers, memorials may be directed to the family of Mary Starks or Hospice of North Iowa, 232 2nd Street SE, Mason City, IA 50401.

Mary was born February 4, 1930, in Elmhurst, IL, the daughter of George Ernest and Alma (Booth) Challacombe. She graduated from Elmhurst High School and continued her education at the Presbyterian Hospital (Rush College of Nursing) in Chicago, IL, graduating in 1951. In September of 1954, Mary was united in marriage to Hallard Walter Beard. She later married John Orlando Starks in April of 1977. Mary loved being a RN and enjoyed every phase of her nursing career. She also enjoyed traveling and spending time with family and close friends – especially Colleen Dutcher. Mary was a member of the First Presbyterian Church and Book Club LAPHEAL.

She was preceded in death by her parents; 2 husbands; grandson: Jordan Beard, 2 sisters: Jane Challacombe and Ruth Challacombe; and a brother: George Challacombe.

To send flowers to the family in memory of Mary C. Starks, please visit our flower store.