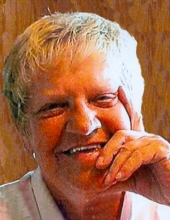 Mary Ann Kieslich was born September 30, 1943 in Sheffield, IA, the daughter of Jake and Mary (Kopitar) Jones. She attended school in Sheffield. On October 14, 1962 Mary Ann was united in marriage to Elmer “John” Kieslich in Hampton, IA. Mary Ann worked at several retail jobs. She spent 14 years working at Walmart. She enjoyed the people she worked with and the many customers she served. She was an avid bowler for many years. It was nothing for her to bowl a 500 or 600 series. She served as the secretary for the Women’s Bowling Association. She was later inducted into the Woman’s Bowling Hall of Fame.

Mary Ann enjoyed spending hours in her backyard whether it was spending time with her daughter, Jeannie grilling and visiting or tending to her flowers and feeding the birds and squirrels. Her most enjoyable time was spending time with her “God son” Gordy, her brothers shih tzu. She called him “my buddy” she couldn’t wait until her brother and sister in-law went away for the weekend so she could dog sit.

To send flowers to the family in memory of Mary Ann Kieslich, please visit our flower store.