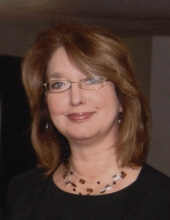 Memorials may be directed to MercyOne Hospice of North Iowa or the Susan G. Komen Breast Cancer Foundation.

Martha was born on March 17, 1956 in Britt, Iowa, the fifth child of John and Della (Arendts) Holmen. The family moved to Pittsburg, California when Martha was four years old. She graduated early from Pittsburg High School.

The Holmen’s would spend many summers in Iowa visiting grandparents and cousins. At age 18 Martha moved back to Iowa to attend NIACC with her cousin. She graduated with an Associate’s Degree in Business. Later in life, Martha went back to college and earned a Bachelor’s Degree in Human Services from Buena Vista University.

Martha married Mark Taylor in 1979. They made their home south of Mason City on the family farm where they raised two children, Travis and Laura. The children were involved in 4-H and many other activities. Martha was a 4-H leader along with Mark. Martha also served as a confirmation teacher (while Travis and Laura were going through confirmation) at Trinity Lutheran Church in Mason City where they have been members for many years.

Martha held many part-time jobs that she had enjoyed and that gave her the flexibility to attend school activities, golf, and spend time with her Mother, Della, who had returned back to Iowa to live. Martha worked at the Clear Lake Mirror-Reporter, The Limited Edition, The Business Journal, and The Business and Industry Group of North Iowa as Executive Director. After receiving her BA, Martha went to work for Life Connections as a Behavioral Health Intervention Specialist. Martha finished her life working at West Fork Middle School as a para.

Martha served on many boards during the years. Two boards that she felt she made a true contribution were The Heartland Credit Union and The Cerro Gordo County Board of Adjustment. She enjoyed serving on these boards.

Martha loved spending time with her three grandsons, the Green Bay Packers, the many trips to Kansas City to be with family, and golfing with special friends. Martha was a member of Linn Grove Country Golf Club in Rockwell and also the Clear Lake Women’s Golf Association at Veterans Memorial Golf Course.

To send flowers to the family in memory of Martha K. Taylor, please visit our flower store.