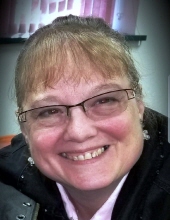 Martha Burns, 57 of Clear lake, IA was released from the bonds of this earth on Saturday December 30, 2017 and was taken to her eternal home in heaven where she was united with her Lord & Savior Jesus Christ. A celebration of Martha’s life will be held at 10:30 am on Friday, January 5, 2018 at The Clear Lake Regular Baptist Church located at 314 N. 6th Street, Clear Lake, IA. Visitation will be Thursday, January 4, 2018 from 5:00 – 7:30 pm at the church.

Martha was born on February 22, 1960 and was adopted by Martin & Patricia Burke. Martha spent most of her growing up years in Austin, MN. Martha moved to Mason City, IA as a young adult.

On March 6, 1981 the life of Bob Burns was forever changed as he was fortunate enough to become Martha’s husband and he had the privilege of spending the next 36 years sharing the life of this wonderful woman. Bob was always captivated by Martha’s smile and her gentle & loving heart.

Martha spent 16 years running a daycare from her home in Clear Lake, IA. so that she could be at home with their two daughters. During this 16 year period there were numerous children who benefited from Martha’s unconditional love and concern for each of them. Following her time as a daycare provider Martha worked several different jobs but being a mother to her two daughters was the top priority for her.

At the time of her death Martha was working alongside of her husband Bob as co-owner of Burns Insurance & Financial in Mason City, IA.

Martha enjoyed life and brought joy to those who she shared her life with. Some of her favorite things were taking care of her mother Patricia, decorating for holidays & the various seasons of the year, camping, quilting, spending time with family (especially the grand kids) and just going for drives with Bob.

Memorial donations may be made to North Iowa Youth for Christ Clear Lake.

To send flowers to the family in memory of Martha Burns, please visit our flower store.