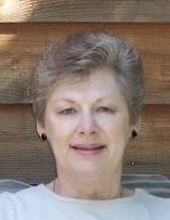 Marladean was born February 14, 1946, the only child of Marvin and Ruth (Hartwig) Miller. She was raised in Thornton, Iowa and graduated from Meservey-Thornton High School in 1964. She married her high school sweetheart, John (Butch) DeVries on May 16, 1965, in Thornton. He preceded her in death on October 28, 2019. They lived and farmed together south of Thornton for over 30 years before moving to town. Together, they had 2 children, Kris and Kim. Butch and Mar’s greatest pride and joy was their family and their daughters blessed them with 5 grandchildren. They loved to spend time with family and friends at their places in Northern Minnesota, on Leech Lake and later Cass Lake.

Per Marladean’s wishes, her body has been cremated and there will be no service. Rather, her ashes will be reunited with her husband and laid to rest. May they both continue to share a life of happiness and love together.

Those wishing to send memorials may direct them to MercyOne Hospice of North Iowa or the Autism Society.

To send flowers to the family in memory of Marladean DeVries, please visit our flower store.