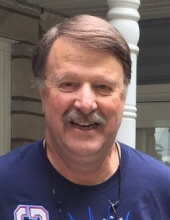 Memorials may be directed to the family of Mark Napoletano.

Mark was born October 21, 1946, in Mason City, the son of Luigi Antonio and Dorothy Lenore (DeWall) Napoletano. He graduated from Mason City High School in 1965, and continued his education at NIACC, where he earned his Associate of Electronics Degree. On April 13, 1974, Mark was united in marriage to Mary Holder at Trinity Lutheran Church. Mark worked for IBM as a Systems Engineer for 25 years until his retirement in 1997. He then worked on contract for IBM in Rochester, MN for the next 10 years. Mark enjoyed spending time outside, camping, short walks with his wife and their dog “Gabby”, and spending the weekends in Lake City, MN. He especially enjoyed time with his family and friends. Mark was an intelligent, tech savvy, forward thinker who liked troubleshooting. People often sought out his advice and knowledge about anything and everything. Mark was a member of Trinity Lutheran Church, Mason City Evening Lions and Friends of the 457. He lived until he died.

To send flowers to the family in memory of Mark Steven Napoletano, please visit our flower store.