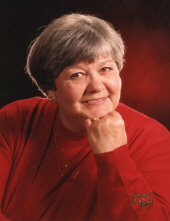 Memorials may be directed to the American Heart Association or to the family through Major Erickson Funeral Home.


Marilyn was born on February 19, 1943 to Robert and Evelyn (Jellinger) Purlee. She was baptized and confirmed at United Presbyterian Church in Alexis, IL. She graduated from Alexis High School in 1961. She went on to attend Iowa State University graduating with a degree in Child Development in 1965 and a Master’s Degree from University of Northern Iowa in 1989. She married Richard L. Smith in November of 1965. They made their life in many different communities throughout the Midwest. In 1969 she became a stay at home mom with the birth of their first daughter, Laurel. Their second daughter followed a few years later and in 1974, Allison was born. Marilyn dedicated her life to her children making them into the strong women they are today.

Marilyn retired in 2006 from North Iowa Area Community College where she made a difference to many students offering guidance, encouragement, and support. Following her retirement in 2006, Marilyn did what she loved, which was helping raise a family. She moved in with Allison and her family and assisted with raising her grandsons, Alex (18) and Max (15). Marilyn loved supporting Alex and Max by attending scouting and sporting events. One of the last things she was able to do was see Alex get his Eagle Scout rank. She was proud of both of her grandsons.

She was welcomed into heaven by her father and mother; a brother, Dudley; and sister-in-law, Ann; and a nephew, David McCrery III.

To send flowers to the family in memory of Marilyn Jean Smith, please visit our flower store.