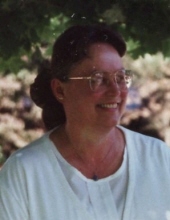 Marian A. Clark, 74, of Mason City, died on Thursday, March 12, 2020 at MercyOne North Iowa Medical Center. Services will be held at a later date.

Marian A Clark was born on April 9, 1945, to a Pioneering Kansas Ranching family. The daughter of William and Thelma (Todd) Pope, Marian grew up with her family on the Eastern Colorado Plains. After training as a nurse Marian worked in Denver, in the Pacific North West and Juneau, Alaska.

Marian met and married Fred Clark in 19733 after which the couple lived in Alaska, Montana, Oregon and Washington before settling in North Iowa in 1998. Their children, Sarah and Jim were born in Alaska and now have their own families. Sarah (Kyle) Case live in Mason City, Jim (Mandy) Clark live in Winterville, North Carolina.

To send flowers to the family in memory of Marian A. Clark , please visit our flower store.