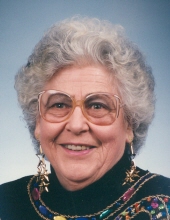 Margaret was born July 14, 1926 in Boone, Iowa the daughter of John and Inez (Bell) Pollard. She married Charles Drake February 1, 1945 in Mason City. Margaret worked various jobs in Mason City including as a cook at the Eadmar Hotel, Lyons Laundry, and as a cook and cleaning lady at Good Shepherd Health Center and other nursing homes in the area. She was a member of the 12 step program being sober for 32 years. Some of her interests included, sewing, country music, RFD T.V., gardening, crossword puzzles, watching football, politics (an avid Democrat) and of course her cat, Chubby.

To send flowers to the family in memory of Margaret Bell Drake, please visit our flower store.