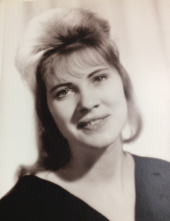 Inurnment will be in Memorial Park Cemetery.

Memorials may be directed to the family of Loyola Bohnsack.

Loyola “Sherry” Bohnsack was born on November 28, 1943, to parents Harold and Liola (Kilfoil) Wendel in Mason City. She went to Mason City High School later moving to Arizona completing her education there. Loyola was united to Dennis Lee Bohnsack on January 27, 1968, in this union two children were born Shannon Lynn Bohnsack and Scott Andrew Bohnsack. Loyola was a homemaker and a caretaker as well.

Sherry was very involved with her family and friends. Always there with an open door or phone line to listen. She was a very hard worker and took much pride in her home and family. Sherry also worked at Doug’s Maidrite where she met many friends and also Roy Myer which she and he had shared a life together until his passing in 2015. They liked to visit and travel on short trips. Roy and Sherry were also very involved with their grandchildren always helping with homework, rides, school activities and sports.

She touched many lives and was a friend to many. She was known for her homemade chocolate, hot fudge, her gravy and the many conversations at her kitchen table. Her family and friends were the world to her and she was loved by many.

She was preceded in death by her parents and siblings

To send flowers to the family in memory of Loyola Mary Bohnsack , please visit our flower store.