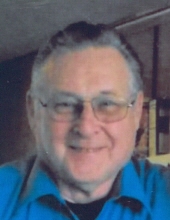 Lon was born August 15, 1947 the son of Ollie and Viola (Englet) Gaines in Mason City, Iowa. He attended and graduated from Davenport West High School in the class of 1966. On September 26, 1966 Lon entered into active duty in the United States Navy. He served his country on the USS Monticello during the Vietnam War and was later honorably discharged. On February 17, 1973 Lon was united in marriage to Kathye Svendsen in Mason City. To this union two children were born, and he has one child from a previous marriage.

Lon worked as a mechanic and in the auto parts business for many years. He had a passion for cars all his life. His dream car was his 1947 Ford Coupe. He & Kathye were the co-founders of the River City Street Rods, life time member of the Iowa Street Rod Association and a member of the Henry Haulers F100 Club. His A & W Root Beer memorabilia collection was well known. You could always find Lon & Kathye in the garage working together on someone’s car. He enjoyed making things for his family especially his grandchildren. Lon’s heart was huge and full of love, he was a great mentor and supporter of his grandson Justice. Lon’s family was always first and he enjoyed his time with each of them. Lon and Kathye were known to search out garage sales and find treasures that they could pass on to their family. Lon was a member of Grace United Methodist Church and was active in numerous church activities.

Mr. Gaines was preceded in death by his parents and a son in law Christopher Jarosh.

To send flowers to the family in memory of Lon Gaines, please visit our flower store.