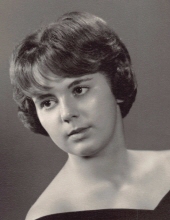 Linda (Sholes) Behan, 74, of Mason City, formerly of Marshalltown, passed away on September 22, 2022. A memorial service will be held at 10 a.m. on Saturday, October 22, 2022, at Major Erickson Funeral Home, 111 N Pennsylvania Ave. Inurnment will be held in Elmwood-St. Joseph Cemetery at a later date.

To send flowers to the family in memory of Linda J. Behan, please visit our flower store.