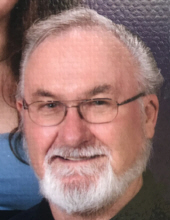 Private services will be held at a later date.

Lester Louis Hesley, the son of George and Mary (Duda) Hesley, was born March 9, 1944 in Mason City. He graduated from Mason City High School in 1962. On January 25, 1975 he married Suzann Murl at Wesley United Methodist Church in Mason City. They lived all of their married life in Mason City. Lester was employed at Lehigh Hanson Cement as a kiln operator until his retirement in 2009. He enjoyed photography and trips to visit relatives.

He was preceded in death by his parents; in-laws; and other family.

To send flowers to the family in memory of Lester L. Hesley, please visit our flower store.