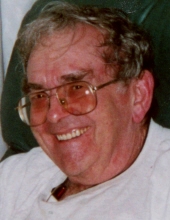 He was born on April 22, 1933 in Clear Lake, IA to Edgar and Hanna (Reich) Waggoner. Shortly after graduation from Carpenter High School as Class Valedictorian in 1951, he enlisted in the US Air Force and served as a Radar Technician on a B-50 Heavy Bomber during the Korean War.

In 1959 he was awarded a Bachelor of Science Degree in Labor and Management from the State University of Iowa in Iowa City.

He enjoyed his membership in the Mason City Moose Lodge and following the University of Iowa Hawkeye sports.

Leroy was preceded in death by his parents; an infant brother Henry Jesse Waggoner.

He is survived by brother, Larry Waggoner of Cedar Rapids; two sisters, Coleen Trettin of Grafton and Kathleen (Larry) Moore of Omaha; five nieces, one nephew, and many friends and relatives.

To send flowers to the family in memory of Leroy E. Waggoner, please visit our flower store.