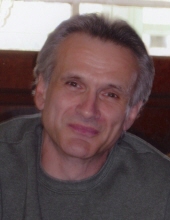 Leonard Eugene Haag, 69, of Mason City, died on Monday, February 25, 2019, at his home after a long battle with depression. A funeral service will be held on Saturday, March 2, 2019, at 2:00 PM at Major Erickson Funeral Home, 111 N Pennsylvania Ave. Visitation will take place Saturday from 12:30 PM until the start of the service.

Leonard Eugene Haag was born on October 20, 1949, in Mason City to parents Grant and Margaret Haag. He grew up in Mason City and graduated from Mason City High School, going on to work odd jobs but eventually retiring from IC&E Railroad. On May 24, 1986, he was united in marriage to Rose Perez. Leonard will always be remembered as a joyful person who could put a smile on anybody’s face, a man who loved having family cookouts and spending time in his garage. Leonard loved riding his bicycle through town. Leonard also had a passion for old cars and motorcycles, so much that Leonard built his own black cherry Harley, Leonard used to own an old blue Chevy pickup that him and his family refer to as “big blue”. Leonard loved his family especially his grandchildren. He attended most if not all of their sporting events and loved totting the grandkids to school and around town.

He was preceded in death by his parents: Margaret and Grant Haag; step father Sid Lee; brother in-law John Eppens.

To send flowers to the family in memory of Leonard Eugene Haag, please visit our flower store.