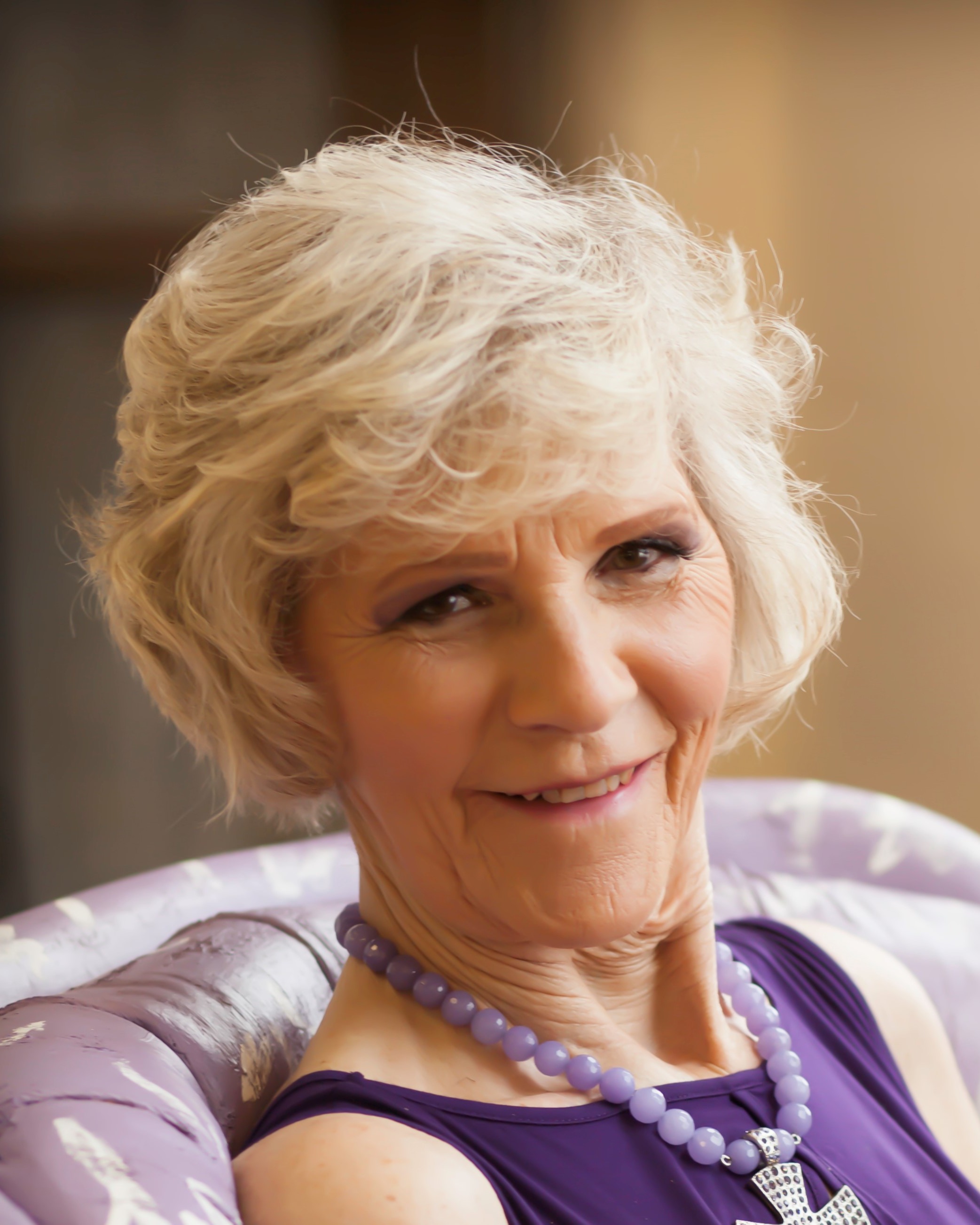 Leona Mae Schoning Ames, a beautiful soul inside and out, gained her angel wings on Thursday morning, December 15, 2022 and ascended into heaven.  She had been living at the Heritage Care Center in Mason City for the past 3 ½ years under the tender loving care of the staff.  Everyone that worked there absolutely adored her.

Leona was born on November 7, 1935 to Frederick and Edna Culver Schoning.  She grew up in Sheffield becoming the girls basketball star and the roller skating queen of this small town.  On February 13, 1955, she married Roger Dean Ames.  They were blessed with 3 children; Michael, Kimberly (Kimmy) and Rodney. She worked several places, most known at Mercy Hospital, Libbey-Owens Ford Glass and childcare in her home.  She truly enjoyed golfing and watching Hawkeye sports with Roger.  Her biggest enjoyment and accomplishment in her life was her children.  She so enjoyed following them in all that they participated in – baseball, basketball, track and band.  Her 2 grandchildren, Alyssa and Pierce meant the world to her.  She continued the tradition – following them in whatever they participated and being their biggest cheerleader.

Leona just lit up the room when she walked in.  Always kind to everyone, always smiling, always positive.  She was a true joy to everyone that was lucky enough to have known her.  Her faith in God and the church were very important to her and she was an active member of the First United Methodist Church in Mason City for most of her adult life.

Leona is preceded in death by her parents, Frederick and Edna Schoning and her husband, Roger.

Those left to cherish her memory in their hearts forever include her children, Michael Roger Ames of Mason City, Kimberly (Kimmy) Moritz & her husband, James of Tampa, FL and Rodney Dean Ames & his wife Theresa of Mason City; granddaughter, Alyssa Mae Ames of West Des Moines, IA; and grandson Pierce Michael Dean Ames based at Travis Air Force Base, Fairfield CA and his fiancé, Brittny Lee.

To send flowers to the family in memory of Leona M. Ames, please visit our flower store.