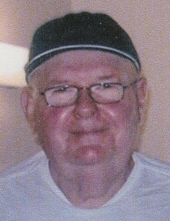 A funeral service will be held on Friday, June 18, 2021, at 2 p.m. at Grace Lutheran Church in Hanlontown with Pastor Linda Prestholt officiating.

Visitation will be held one hour prior to the service on Friday. Interment will be held in the Brush Point Cemetery, rural Hanlontown.

Per Layton’s wishes he requests those attending wear casual clothes.

Layton Stanley McMullin was born in Hanlontown on February 3, 1938, to parents Earl Leonard and Lillian Margaret (Peterson) McMullin. He graduated from Hanlontown High School in the class of 1957.

Layton served in the United State Army and was Stationed in Germany. He was employed at AMPI until his retirement. On June 13, 1991, he was united in marriage to Margaret Leona Kisner, they made their home in Mason City.

Layton was a member of Wesley United Methodist Church. In his younger years he enjoyed taking pictures and going to movies. He enjoyed driving around town watching the changes going on in the neighborhood and having conversations with groups giving each other a bad time. He liked visiting relatives and watching old black and white movies especially if they were westerns. He also enjoyed watching NASCAR races.

Layton is survived by his sister, Linda McMullin; aunt and uncle Jack and Ruth Ann Peterson; special cousin who was more like a brother Merle and his wife, Joan; sister in-law, Margary Espey and her family; brother in-law, Mark Kisner and his wife Kathy and their family; many nieces, nephews, cousins and extended family; special friends of the family, JoAnn Johnson, Charlie and Evelyn Tantow.

He was preceded in death by his wife, Margaret and his parents.

To send flowers to the family in memory of Layton S. McMullin, please visit our flower store.