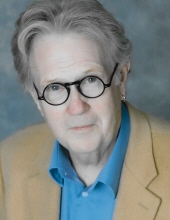 Layton left this earthly life November 3. He passed peacefully, surrounded by his family and the caring staff at the IOOF Home. He was born in Albia, Iowa, on August 26, 1940 to Edna Green and Layton Redell Zbornik Sr. He graduated from Albia High School in 1958. He married Marla Asher at the First Christian Church on June 25, 1961. They celebrated 58 years of marriage. Their union was blessed by two sons, Layton Zbornik III (Raquel), Mason City, Iowa and Travis Zbornik (Angie), Durango, Colorado. He is survived by his wife Marla, his sons, a step-sister and brother, Nancy Zbornik and Jerry Zbornik, both of Waterloo, Iowa.

Layton was preceded in death by his parents, his grandparents Nick and Cora Hiviles, his in-laws Don and Dortha Asher, and his step-brother Robert Cichucki. There will be no public services. A private service will be held later at his final resting place in Albia, Iowa. The family invites you to go to www.majorericksonfuneralhome.com to read a tribute to Layton’s life, where you can leave your condolences. If you wish to share a story or send condolences directly to Marla, please forward those to Marla Zbornik at P.O. Box 972, Mason City, IA, 50402.

Layton Zbornik, a.k.a. Jerry Martin, a.k.a. King Zbornik, a.k.a Mister Z; had many titles and many talents. His first career was entertainment and his last was education. He used both in all his callings. He mentored young singers, musicians, and DJ’s. Today there are several radio personalities across the country that started their career with King Zbornik’s encouragement and training. It was not unusual to find a young person living in his home while they pursued their dreams in entertainment. Those people became part of his family for his lifetime.

He always said that Rock and Roll was his life and that, he started young. As a teenager, he recorded his original songs at Fredlo Studio in Davenport Iowa, under the name of Jerry Martin. One of those recordings titled “Janet” was later recognized as the first rock and roll record to be recorded in the state of Iowa. He was inducted into the Iowa Rock n Roll Music Association’s Hall of Fame in 1998 in honor of that accomplishment.

He started his radio career in Spartanburg, SC, at WZOO radio. The segregated south was a culture shock for him and his wife Marla, two small town Iowa kids. From there, they and later their two boys, Layton III and Travis, traveled the country. He was heard on the radio in cities such as Chattanooga, Cinnanatti, Chicago, Milwaukee, and Salt Lake City

He was always an Iowa boy at heart and would return to his roots often. In Iowa, he started several small businesses and put radio station KLBA on the air and trained the staff. He was happy to have his children in Iowa’s excellent school system and near friends and family. In fact, he was so impressed with Iowa schools that he decided to become a part of it. In 1985, he and both of his sons started attending Indian Hills Community College. There were three AA certificates given out to three Zborniks on the same day two years later. Layton was later named “Person of the Year” by Indian Hills Community College, an honor he cherished. He attended William Penn College, where he received his BA in 1989.

He immediately started his teaching career at Nora Springs Rock Falls High School. He fell in love with teaching and the school. He loved the kids most of all and Mister Z’s room was always full of kids. He brought his love of music and entertainment to his English, Speech, Writing, and Drama classes. Students remember his quirky assignments like “The Talking Stick”. The “G Troupe” was his collaboration with the Girl Scouts where he formed a musical group of students that traveled to area schools sharing diversity ideas in song.

He was best known for his unique and successful peer mediation program, the Peace Makers. He empowered elected students to mediate problems in a safe, caring, and listening environment. Under his supervision, his student mediators worked in their own school, but also trained area schools. His annual Peace Conference featured nationally known personalities in the diversity community. He trained with the Iowa Peace Alliance at Grinnell College and used their resources in his work. His student mediators worked tirelessly to bring his vision of peace to others. They were Peace Missionaries.


Below are quotes from an interview he did in the Voices from the Prairie. This was an interview talking about his successful educational program “THE 4R’s “, sponsored by Iowa Rock 'n Roll Association, and his work with Humanities of Iowa Speakers Bureau.

On his Career highlights: “There are so many things. As a teenager going from small town Iowa to traveling around the country with top recording artists. It was walking on stages and feeling the power of the audience. It was the years when 100’s of thousands of people invited me into their homes through their radios. I’ve been able to share in the lives of many people, and what a blessing that’s been.”

“Everyone is important” Everyone should be listened to and their opinions respected. Family and friends are a must, and our biggest goal in life should be the golden rule and unconditionally love for everyone. Real peace starts with us. I haven’t done everything that I wanted to, but I did the best I could. When I entertained, I gave my best. When I taught, I gave them my best. I will go to my grave knowing I tried my best, but secretly wishing I could’ve done more. There is so much more good to be done in the world and so little time to do it.

To send flowers to the family in memory of Layton R. Zbornik, Jr., please visit our flower store.