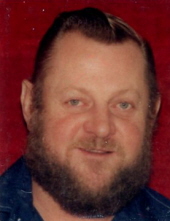 LaVerne D. Suby, 73, of Mason City, died on Thursday, February 28, 2019, at the IOOF Home in Mason City. Per his request, cremation has taken place and a family memorial service will be held at a later date.

LaVerne Dean Suby was born on October 17, 1945 to Morris and Myrtle (Clark) Suby in Hanlontown, Iowa. He attended Manly, North Central High School, and became a truck driver and heavy equipment operator in his younger years.

Most recently, LaVerne resided at Shalom Towers and IOOF Home in Mason City, where he loved to joke around with the staff, and loved to make them smile and laugh.

LaVerne is survived by his brother, Marlin (Mindy) Suby Land of O’Lakes, WI; sister, Darlene (Danny) Hammitt of Garner; and nieces and nephews.

To send flowers to the family in memory of LaVerne Dean Suby, please visit our flower store.