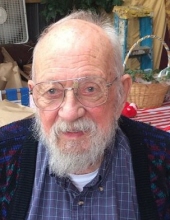 Kenneth K. Jorgensen, 91, of Mason City, passed away on Thursday, April 30, 2020 at the Good Shepherd Health Center in Mason City surrounded by his loving family. Graveside services will be held at Memorial Park Cemetery.

In lieu of flowers, donations can be made to the family of Ken Jorgensen.

Kenneth Keith Jorgensen was born on December 3, 1928 in Guthrie Center, Iowa to parents Harry and Elva (Cook) Jorgensen. He was one of seven children. Ken graduated from Guthrie Center High School. Ken lived in Guthrie Center for many years, and on July 7, 1951 Ken was united into marriage to Colleen Mains. To this union, 5 children were born.

Ken was drafted in the Army in March of 1951, and he served in the Korean War until he was discharged on December 19, 1952. Ken received the Korean Service Medal, W/2 Bronze Service Stars, United Nations Service Medal, Army Occupational Medal, and the Combat Infantry Badge. After he returned from the War, Ken and Colleen farmed in Guthrie Center. They then made their home in Council Bluffs and later moved to Mason City, where they raised their family. Ken was employed at the Post Office as a clerk for 29 years. He retired in 1987 on Groundhog Day.

Ken was known to many as “the lad from Brushy Creek”. He loved nature, especially gardening. Ken was a longtime member of the VFW and First United Methodist Church. He played in Semi-Pro Baseball in Linden, Iowa and was an assistant little league baseball coach for his grandsons’ teams. He was a part of the Bowling League in Council Bluffs and Mason City. But most of all, Ken loved his family. He cherished the time spent with them. Ken was a loving father, grandfather, brother, and friend and he will be missed by many.

Ken is preceded in death by his wife, Colleen; his parents, and grandson, Shane Gessford.

To send flowers to the family in memory of Kenneth K. Jorgensen, please visit our flower store.