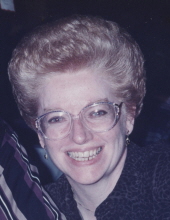 Kendra Sue Kreider Peterson, 66, passed away Tuesday, July 23, 2019 surrounded by family at Hospice of North Iowa. Private family services are to be held. Memorials may be directed to the family of Kendra Peterson.

Kendra was born August 10, 1952 to Kenneth and Lorretta (Lines) Kreider, and welcomed by brother, Dennis Kreider. She graduated from Rockford Senior High in 1970. Kendra met the love of her life, Lon, through a mutual friend. She married Lon Eugene Peterson on July 18, 1971 and became a second mother to Lon’s daughter Dena, whom she adored. Daughter Jessica was born two years later.

Kendra worked for several years as a telephone operator during the 1970’s. She held a variety of different jobs throughout the years and made lifelong friends at each one. She retired in 2017 from the Mason City Clinic, where she had been a file clerk for many years.
She and Lon did everything together. There were annual fishing trips and other travels, including Hawaii, which was a favorite. Any time the grandchildren had games or events, Kendra and Lon would be there. They enjoyed spending Saturday evenings at the Rockwell American Legion, where they were known by their celebrity name, “LonDra”.

She was preceded in death by her parents, Kenneth and Lorretta, and her sister-in-law Carol “Susie” Kreider.

To send flowers to the family in memory of Kendra S. Peterson, please visit our flower store.