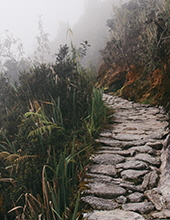 Kathy Ann (Dirksen) O’Dell, 65, died Tuesday (January 16, 2018) at Mercy Medical Center-North Iowa, Mason City due to a heart attack. Upon her wishes she was cremated. A private family memorial will be held in Mason City. In Lieu of flowers, memorials may be directed to the Kathy A. O’Dell Memorial Fund in care of the family.

Kathy was born October 22, 1952, in Mason City, the daughter of Robert and Theodora “Babe” (Pappas) Dirksen. She was a graduate of Mason City High School. On February 27, 1971, she was united in marriage to Bill O’Dell and to this union four children were born.

During her time as a homemaker, Kathy received two Bachelors Degrees (Early Childhood Development & Elementary Education) and a Masters Degree in Elementary Education from the University of Northern Iowa. She went on to teach in various locations, but most noteworthy were the positions she held for many years in Texas and Alaska. This was part of the rewarding and challenging adventure she took with Bill as they became the parents of adult children. Kathy also worked at the Rockwell and Mason City libraries.

Kathy could be as stubborn as the day was long, but she had a heart of gold. She tried to go the extra mile to ensure the people in her life felt special and loved through her kind gestures and baked goods. Her easygoing personality and laughter made time spent with her priceless. Her grandkids were the beneficiaries of her tender heart.

She encouraged her grandchildren to share her love of reading and silliness. She applauded their imaginations and rarely told them “no” (often to their parents’ dismay). Instead of a brag book, she carried a large brag album in her purse to showcase each of her treasured grandchildren.

Kathy’s declining health eventually lead to her being homebound where she still enjoyed spending time with family, reading, and sharing a laugh. She relished in listening to others and many will miss her attentive, selfless nature.

Kathy is survived by her spouse, Bill; her children, Bill O’Dell of Colorado, Dan (Toni) O’Dell of Rochester, MN, Tracie (Ryan) Behr of Grimes, and Fred (Stacey) O’Dell of Grimes; grandchildren, Billy, Deacon and Peyton O’Dell, Morgan and Jamison O’Dell and Anais Lambertson-Clayton, Halie, Lexie, Rylie, and Griffin Behr, and Bradley and Elizabeth O’Dell; her mother-in-law, Donna O’Dell of Mason City, one sister, Linda (David) Nolte, of Mason City; along with several nieces and nephews, other relatives and friends.

Kathy is preceded in death by her parents Bob and Babe Dirksen; father-in-law Bill O’Dell; her brother-in-law Bob O’Dell; and grandparents, Ole and Eva Dirksen and George and Elizabeth Pappas.

To send flowers to the family in memory of Kathy Ann O'Dell, please visit our flower store.