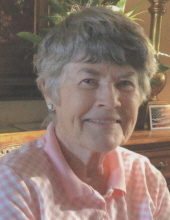 Karen Wilmarth, 81, of Mason City, passed away on Sunday, October 20, 2019, at The Bird House- Hospice Home of Johnson County in Iowa City. A funeral service will be held at 10:30 a.m. Monday, October 28, 2019, at First United Methodist Church, 112 South Georgia, with Rev. Dan Fernandez officiating. Visitation will be held Sunday, October 27, 2019, from 4 to 6 p.m. at Major Erickson Funeral Home, 111 North Pennsylvania. Interment will be at Memorial Park Cemetery.

Karen was born July 17, 1938 in Le Mars, Iowa, to parents Cornelius and Dorothy (Rolston) Landhuis. She graduated from Harris High School in 1956 and earned a diploma from Methodist Hospital School of Nursing in Sioux City in 1959. She married grade school and high school classmate Charles Wilmarth on December 19, 1959 in Harris, Iowa.

She was a surgical nurse at University of Iowa Hospitals from 1960 to 1963. After the birth of her first child, she became a full time wife and mother. The family settled in Mason City in 1970. Karen devoted countless hours supporting her children’s school and recreational activities. Whether attending scores of athletic contests and concerts, driving to lessons, helping with practice, or sewing costumes, she was always there to offer them help and encouragement. She took the time to make birthdays and holidays special, and often hosted over 20 family members for Christmas.

Karen lived life to its fullest. She was active in many local clubs and organizations, including Mason City Country Club, P.E.O., Maria Mitchell study club, Laphel book club, Stitches, Mixed Nuts Bible Study, and her Wednesday night ladies’ group. She travelled extensively with Charles and family or friends. She loved golfing and was an avid supporter of the Iowa Hawkeyes football and basketball teams. She was a member of First United Methodist Church where she served on multiple committees and sang in the choir. Karen was passionate about the importance of a good education for all children. She served with the Northern Trails Area Education Agency from 1983 to 1997 and on the Mason City Public Library board. She also volunteered her time to Mercy Hospital Auxiliary and Meals on Wheels.

To send flowers to the family in memory of Karen A. Wilmarth, please visit our flower store.