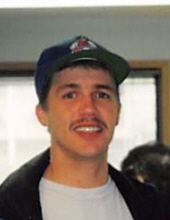 Kai, the son of Clarence (Clank) and Diana (Paulsen) Kral, was born December 4th, 1968. He attended Mason City Schools and later earned his GED. Kai married Sue (Bird) Field and to this union, they welcomed two boys; they later divorced. Kai had various jobs and was a master of many trades. Kai enjoyed fishing, planting his garden, he was an avid KC Chiefs fan and loved spending time with his boys, grandchildren and dog, Sassy.

He was preceded in death by his parents Clarence and Diana and brother Kirk.

A Celebration of Life will be held at a later date. Any memorials for Kai can be made out to Nathan Kral in c/o Major Erickson, 111 N. Pennsylvania Ave., Mason City, IA 50401.

To send flowers to the family in memory of Kai A. Kral, please visit our flower store.