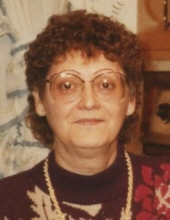 June M. Nitcher, 83, of Mason City, died on Monday, April 6, 2020, at MercyOne Hospice of North Iowa. Services will be at a later date in the Elmwood - St. Joseph Cemetery.

June M. Nitcher was born on June 4, 1936, to parents Oscar and Mabel (Felland) Smeby. She was a 1954 graduate of Hanlontown High School. On February 13, 1955, she was united in marriage to Richard Allen Nitcher. Together they had three children Ricky, Debra and Kevin.

To send flowers to the family in memory of June M. Nitcher, please visit our flower store.