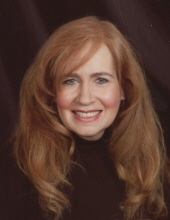 Julie Leah Dorsey, 63, of Mason City, passed away surrounded by her daughters at Mercy One Medical Center North Iowa on Wednesday April 29, 2020. A private graveside service will be held at Memorial Park Cemetery.

She was a member of Trinity Lutheran Church where a service and luncheon will be held at a later date.

Those wishing to send memorials may direct them to the family of Julie Dorsey.

Julie was born on May 11, 1956 in Mason City to Bernard and Janet (Jarshaw) Clark. She was raised in Mason City and graduated from Mason City High School in 1974. She was united in marriage to Leo Dorsey on July 22, 1978. To this union 3 daughters were born; Heather, Amber, and Kristen. The couple later divorced but remained friends.

Julie was a dedicated worker and always gave 100% to any task she was given. She could brighten your day with a smile and earned the nick name “Smiley”. She made long lasting friendships with many of her coworkers. She worked various jobs throughout her life including Nielsens, Kay-Bee Toys, Directions Research, Cole Sewell/Larson Manufacturing, Dohrn and most recently, Sukup Manufacturing.

Julie was a dedicated mother first and foremost. She treasured her children and enjoyed every moment with her girls. She especially enjoyed her role as grandma. She loved attending the concerts, sporting events, and school activities of her grandchildren. The holiday season brought her great joy because the whole family was together. Her favorite holiday tradition was the annual Christmas baking day where many laughs were had and memories were made.

Julie was preceded in death by her parents, Bernard and Janet Clark; and brother, Gary Clark.

To send flowers to the family in memory of Julie Leah Dorsey, please visit our flower store.