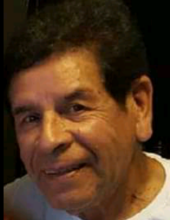 Funeral services will be held at 11 A.M. Tuesday, February 23, 2021 at the Major Erickson Funeral Home with the Rev. Neil Manternach officiating. Military honors will be conducted by the Mason City Veterans Association. Interment will follow in the Elmwood-St. Joseph Cemetery.

Joe was born October 15, 1936 the son of Albert and Frances (Flores) Herrera in Mason City, Iowa. He graduated from Mason City High School in the class of 1956. On October 7, 1959 Joe enlisted in the United States Army serving his country honorably in Vietnam until his discharge on January 18, 1962.

On January 21, 1967 Joe was united in marriage to Sally JoLyn Arndt in Mason City, Iowa. Joe was a handyman who enjoyed using his carpentry talents to do projects for his daughters and others. He loved playing pool whether at home, the Sidewinder or Ransoms. Joe enjoyed the outdoors and was often found blowing snow and helping others with yard work. He looked forward to a relaxing cruise around the lake.

Joe was preceded in death by his parents, brother, Richard; sister, Carmen; his dogs which he loved very much, Tanner, Riley, Raven and Abby (Mikey).

To send flowers to the family in memory of Joseph Henry Herrera, please visit our flower store.