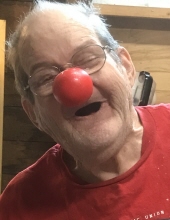 John was born March 8, 1946, the son of John R. and Lorraine (Bracewell) Burns in Chicago, Illinois. On February 1, 1980, he was united in marriage to Linda Drake at the First Church of the Nazarene in Mason City. John and Linda were introduced by John’s brother Neal.

John was a country music enthusiast; he looked forward to listening to Jay Brooks every morning. He enjoyed cheering on the Iowa Hawkeyes and watching James Bond movies or old TV shows, such as Hogan’s Heroes and M*A*S*H. John loved cars and obsessed over his Dodge pickup that he called Blue. He was employed by Snells Ambulance Service for 35 years, as well as working for Woodharbor Custom Cabinetry.

John is survived by his two daughters, Tammi Burns and Heather Burns, and one brother, Neal Burns.

John was preceded in death by his parents, wife Linda, and brother Robert Burns.

To send flowers to the family in memory of John P. Burns, please visit our flower store.