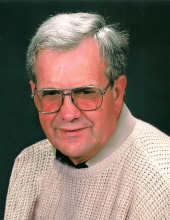 John Junior Ebbers, 81 of Mason City, passed away Saturday, February 5, 2022 at MercyOne North Iowa Hospice Inpatient Unit. Per his wishes, he was cremated and there will be no services. Memorials may be directed to the family of John Ebbers.

John was born on June 1, 1940 in Mason City to parents Laurence and Martha (Ruhnke) Ebbers. John was baptized at Wesley United Methodist Church in Mason City on April 2, 1953. John graduated from Mason City High School in 1958. After graduation, John enlisted in the United States Navy on December 18, 1958 in Des Moines. While in the Navy, tended to the boilers on the USS Piedmont. On December 11, 1960, John was united in marriage to Nancy Jo Carroll in San Diego, CA. After John was honorably discharged on December 17, 1964, John and Nancy moved to Seattle, WA, Denver, CO and then moved back to Mason City, IA.

John held a variety of jobs through his life, but most notably, he was employed as a Tool and Die Engineer at Metalcraft in Mason City where he retired. He also worked at Central Park Shoe Shine, South Federal Shell, Clear Lake Watertower and Paint, NASSA (minuteman program), and Jet Stream Plastics. As a retirement project, John and Nancy bought Camp at the Woods in Rock Falls on April 1, 1996, and ran the camp until 2012.

John was a past member of the North Iowa Road Riders, and Snow Seekers. He served on the Charlie Brown Board, and was a member of the Masonic Temple York Rite (32 degree) and in the 1979 Master Lodge. John was an amazing husband, father, brother and friend and he will be missed dearly by those who knew him and loved him.

To send flowers to the family in memory of John J. Ebbers, please visit our flower store.