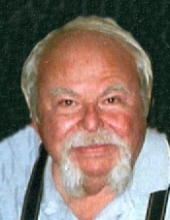 John Clayton Eppens was born in Mason City on September 1, 1948 to parents Charles and Ruth (Clausen) Eppens. John graduated from Mason City High, after graduating he went on to hold positions at Armors, Unisys and AGP soybean processing plant. On June 13, 1970 John was united in marriage to Carolyn Lee at the First Baptist Church in Mason City. John was a simple man who enjoyed watching superhero movies, collecting cars, bowling, working in his shop and being outside.

To send flowers to the family in memory of John Clayton Eppens, please visit our flower store.