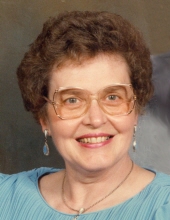 Joanne was born April 28, 1933, in Mason City, the daughter of John and Rita (Moore) Keenan. Following her mother’s death shortly after her first birthday, Joanne was blessed with a wonderful mother, Edna (Ashburn) Keenan, when her father remarried. Joanne graduated from Mason City High School in 1951. On August 18, 1953, she was united in marriage to Lloyd Boone at St. Peter Lutheran Church in Rockwell, IA. Joanne was a homemaker and also worked as a unit clerk at Mercy Hospital until her retirement in 1993. Joanne enjoyed spending time with her family and friends. In her youth, she enjoyed fishing and hunting with her father, helping with her brother Tom, 14 years younger, and playing the Clarinet throughout her school years. In her adult years, she enjoyed BINGO, bowling league, card club, and helping Lloyd with his many Babe Ruth baseball leagues. After retirement, Joanne and Lloyd spent many winters in Texas and traveled the United States in their “mini winnie”. She was a member of St. James Lutheran Church.

She was preceded in death by her parents; her brother: Thomas Keenan; niece: Kimberly Keenan McLaughlin; and mother & father-in-law: Roy and Frances Boone.

To send flowers to the family in memory of Joanne M. Boone, please visit our flower store.